Visiting Edinburgh in Scotland? EdinburghTips.com has the best city trip info and tips for sights and activities in Edinburgh, the capital of Scotland.

Are you planning to go on a city trip to Edinburgh? Be welcome at EdinburghTips.com, because on our travel guide you will find the best tips for visiting Edinburgh Scotland. We offer you all the information you need to visit the Scottish capital with a city trip. On this online travel guide you will find the best hotels, tips for activities and the most interesting attractions, so you can be well-informed and prepared for your city break. If you follow our Edinburgh tips on this page, you are guaranteed to experience an amazing Edinburgh city trip.

Edinburgh has been the capital of Scotland since the Middle Ages, which is also reflected in the historic center of the city. The city has approximately 519,000 inhabitants and is the second largest city in Scotland after Glasgow. Edinburgh city lies to the east on the sea and lies on the south side of the Firth of Forth. Edinburgh was once just a fortress on the volcanic Castle Rock, but after being conquered several times - Celts, Romans, English and Scots have built the city – it has grown into the city nowadays, where today the Scottish Parliament is located. 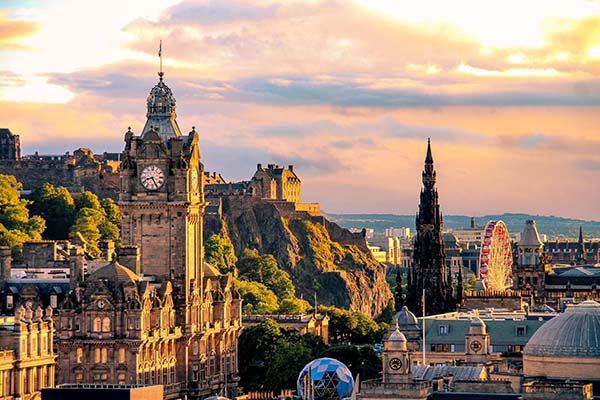 The skyline of Edinburgh, the capital of Scotland 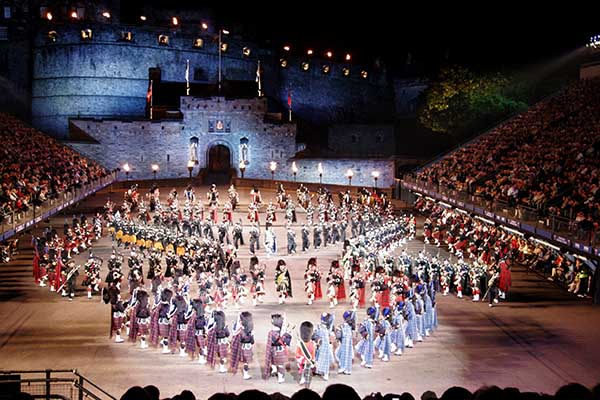 The Edinburgh Fringe Festival in the summer months attracts many tourists to the Scottish city every year. The festival consists of performances of music, opera, dance and theatre, with the most famous international artists and instrumentalists showing their performances to the world. In the month of August , a second festival will take place in the capital, namely the Royal Edinburgh Military Tattoo, where a world-famous military and musical show is given. Various armies from all over the world participate in this. At the end of August you can also visit the International Film Festival.

In addition to its many cultural events and festivals, Edinburgh is also known for its sightseeing. These must-sees during your city trip to Edinburgh are mainly found in the districts Old Town and New Town of the city. These two neighborhoods are on the World Heritage List of UNESCO and for a good reason. Edinburgh is also a UNESCO City of Literature as part of the Creative Cities Network project.

Royal places to visit in Edinburgh

One of the most famous sights of the Scottish capital is the Edinburgh Castle. It is a castle built on volcanic soil and has served as a royal palace and garrison castle for centuries. Today, the castle is home to a number of museums, including the National War Museum. The Palace of Holyroodhouse, the current residence of the royal family during a visit to Scotland, is also a real eye-catcher. Finally, the former Royal Yacht Britannia is located in Edinburgh harbor in Leith and is now open to all. 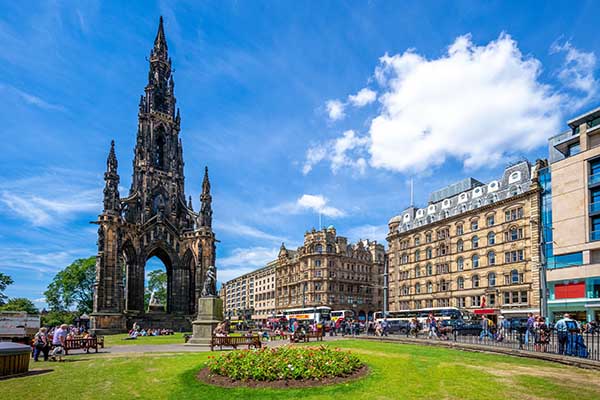 The New Town Gregorian district of the Scottish capital 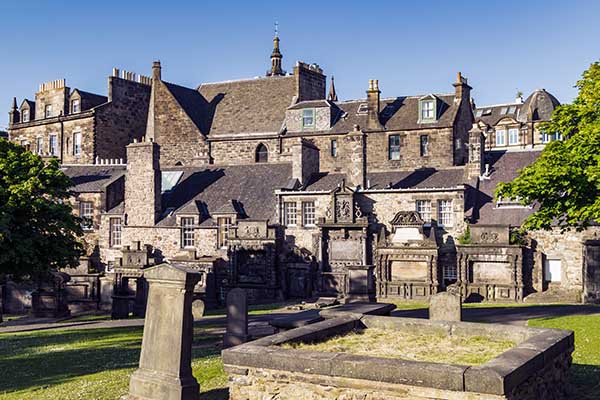 Museums to visit in the Scottish capital

In addition to the National War Museum in the Edinburgh Castle, there are also dozens of other museums worth visiting in the city. For example, visit the Camera Obscura and World of Illusions, which is housed in a former conservatory near Edinburgh Castle. Or take some time to visit the Scottish National Gallery in the Princess Street Gardens. Learn about economics and coins at the Museum of the Mound, housed in the former headquarters of the Bank of Scotland. For whiskey lovers there is also the Scotch Whiskey Experience, a museum about and to taste Scotch whisky. The diversity of the various museums in Edinburgh makes a museum trip a must on your city trip.

A city trip with children

A visit to Edinburgh doesn't have to be boring, even for the youngest among us. In Edinburgh Scotland, for example, you will find the Edinburgh Zoo, where you can view special animal species such as the giant panda and the koala. Or visit the monument to Greyfriars Bobby, John Gray's Sky Terrier, one of Edinburgh's best-known tales that has even been released several times on the white cloth.

Edinburgh's most famous street is the Royal Mile, which runs between the Holyrood Palace and Edinburgh Castle and consists of a succession of several smaller streets. On the Royal Mile you can also see the St. Giles Cathedral, a twelfth-century cathedral. A ten minute walk from the Royal Mile you can also visit the Scott Monument in memory of the famous Ivanhoe author Sir Walter Scott. The Scott Monument is located next to the famous Princes Street Gardens. Also visit Holyrood Park, which is built on a number of hills, the main one being Arthur's Seat. Do you want to avoid the hustle and bustle of Edinburgh city? Then walk to Calton Hill, from where you have a spectacular view of the city and where you can find a number of famous monuments, such as the Nelson Monument.

Popular activities during your trip 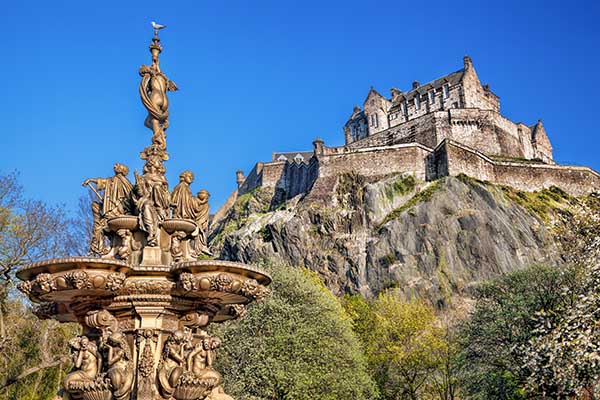 The most famous tourist attraction remains Edinburgh's castle on Castle Rock. Today you can take a guided tour to visit some of the castle's famous chambers and there are a number of museums in the castle, such as the National War Museum. 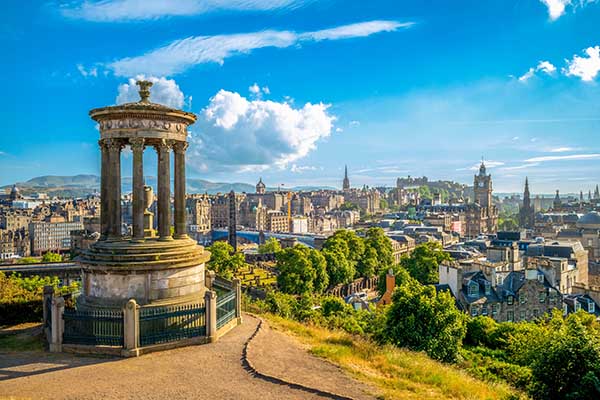 Edinburgh is a city full of medieval history with castles, numerous museums, beautiful sights and fun events. The city is more than just the Royal Mile and Edinburgh Castle. During your city trip, it is advisable to view the top 20 sights below. 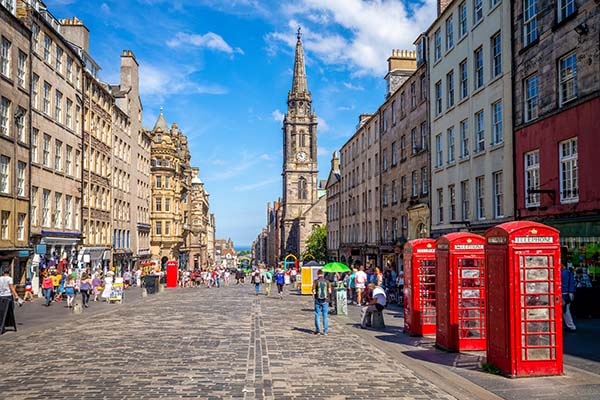 Old Town is the area in Edinburgh where most of Edinburgh's tourist attractions are located. The Royal Mile is the main street through Old Town starting at Castle Rock, on which Edinburgh Castle is located, to Holyrood Palace. 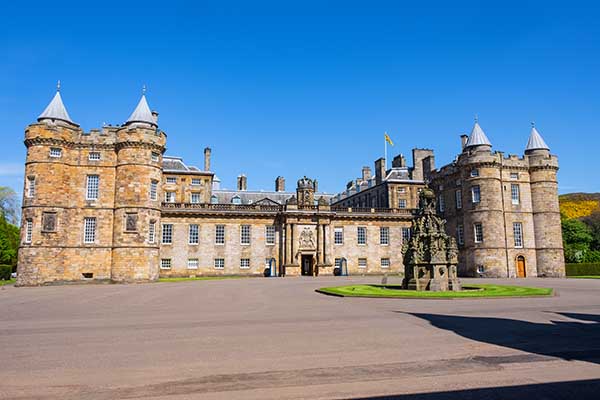 Today, Holyrood House is the residence of the British Royal Family when they visit Scotland. Holyrood Palace contains a number of highlights of the city, such as the Great Gallery, the Queen Gallery and the Palace Gardens. 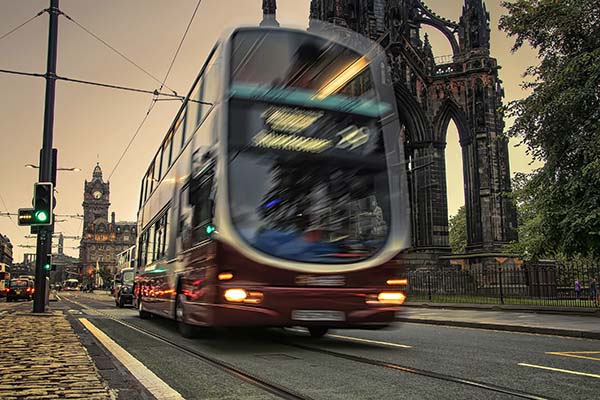 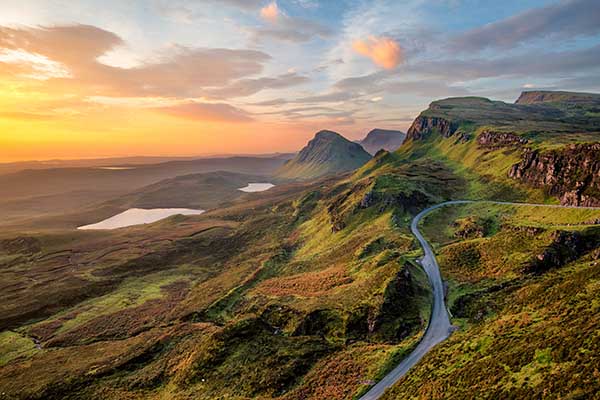 Due to the central position of Edinburgh, there are also many day trips possible to the area around the Scottish capital. For example, you can visit the Scottish Highlands with the sharp mountain peaks and famous lakes, such as Loch Ness.

Edinburgh and Scotland have a temperate maritime climate with mild winters and cool summers. It is striking that there is approximately half as much precipitation as in Glasgow, for example, which may be a result of the location of the city on the Firth of Forth, the North Sea and the Atlantic Ocean. However, the weather can be an important factor for people when they want to visit Edinburgh for a city trip. The best time to visit the city is therefore in spring. The temperatures are pleasant during this period and the chance of prolonged precipitation is minimal. However, many people also visit Edinburgh in the summer (particularly August), when there are many festivals in the city, such as the Edinburgh Festival.

Where is the capital of Scotland?

Our readers say
4.8 (95.85%) 8 reviews
November 21, 2022 Martin: "We had a fantastic holiday in Scotland thanks to the good tips about activities, sightseeing and places to visit in Edinburgh."